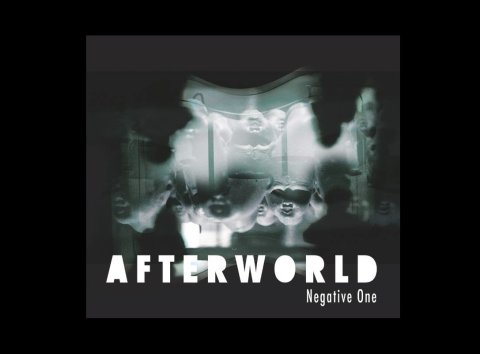 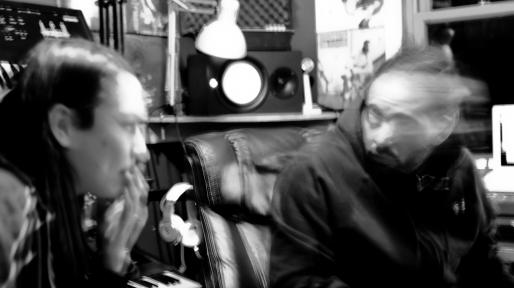 Afterworld formed at the funeral of Greg Jacobsen.
Michael Arnone, otherwise known as Kutdown, was another close friend of Greg’s, and was well familiar with The Pteradons and Pteradonia.

Kutdown is a founder of the mid Canada label, Foul Tone Records.
His bio at http://foultonerecords.com reads:

Michael Arnone, aka Dj Kutdown is a Winnipeg-based hip-hop producer/turntablist. For over more than a decade, he has been hard at work, gaining recognition through-out Western Canada for matching dark samples with hard-hitting boom-bap drums. However, his diversity in sounds as of late is gaining him more wide-spread attention, and marking him as one of Canada’s next leaders in the genre. Unique in his class by virtue of his strict loyalty to the ways of the pioneers, Arnone knows the sound he wants, and knows how to get it. Manipulating vinyl samples through his classic ASR-10 sampler, his mastery of his machines is paralleled by very few in the industry. Effortlessly switching between mainstream-worthy pop backdrops and deeply intricate and evocative instrumentals, there seems to be little he can’t accomplish at the helm of his discontinued Ensoniq equipment. In 2010, Arnone had his biggest year to date, releasing 5 albums, including 4 on his own independent label, Foultone Records. Most notable among the aforementioned releases are the critically acclaimed Skid Row, with Pip Skid, and Magnum KI’s Western Canadian Music Award nominated self-titled album. Two-thousand-eleven, however, promises to be an even bigger year for this entrepreneurial juggernaut, with a slew of releases already scheduled for his imprint, including an instrumental solo-project.

The long distance collaboration between Kutdown and Vov Abraxas is a strong, spiritual one.
The lyrics of Vov Abraxas, darker, foreboding, destructive and almost maniacal compared to other projects when he was so obviously happier. Lyrically, this is one of the strongest to be put out by Vov Abraxas.
The first album took two and a half years to compile and complete.
It can be found here.
https://vovabraxas.bandcamp.com/album/afterworld-negative-one